Thank you to our sponsors for your ongoing support during the pandemic!

About The Westbrook Village Voices

The Westbrook Village Voices is an adult, community choir who come together each week during the performing arts season, October-April, to sing and have FUN! Each season, we produce a Holiday Concert and Spring Concert at the Westbrook Village Vistas Ballroom featuring beautiful vocal music. We also perform our shows at local senior living centers in the Peoria area as part of our mission to “bring joy and inspiration” to as many people as possible. Come share our passion for music and experience the joy of singing with the Westbrook Village Voices!  Contact our Choir Director, Steve Houston at (480) 599-2127 for more information!

Announcing our new Director and Accompanist!

Welcome to Our New Choir Director

Steve Houston is an Austin, MN, native who began his broad and continuing musical journey in the third grade with piano lessons. As a high schooler, Steve played clarinet in the school band, sang in the choir, appeared in several musicals and was part of a small, elite singing ensemble. Before heading off to college, Steve toured Europe as a member of the All-American Choir – an experience he declares was “once in a lifetime”.

After college -- music and vocal degrees in hand -- Steve taught music education to grades K-12 for a number of years. As it happened, a new livelihood beckoned in the early 1980's and Steve embarked on a new career as a Neurology Technician with Mayo Clinic in Rochester, MN.

During his 38 years at Mayo Clinic, music remained a dominant role in Steve’s life. Before and after moving to Scottsdale in 1993, Steve shared his musicianship and expertise with many church and community groups over the years, playing with, singing in and directing musical assemblages from small groups to large choirs. If you visited Mayo Clinic Hospital in Scottsdale during Steve’s tenure, you may have even heard him playing the piano for visitors in the hospital lobby on occasion (such a nice touch in a hospital).

Steve moved to Westbrook Village in 2019 after retiring from Mayo Clinic so it’s no surprise that he quickly found his way to the Village Voices, where he first sang in the 2019 Holiday Concert. Steve was very excited to sing as “just” a member of the Village Voices but has now embraced the opportunity to take on leading the Village Voices as the new Choir Director.

Family is a very big part of Steve’s life. He and his wife Barb, who met in mid-70s Minnesota while singing together in a local musical group, have been making beautiful music together ever since. Their three daughters and seven grandchildren, for whom they are infinitely grateful, are their greatest joy!

A native of western Arizona, Nola grew up in Yuma. She began piano lessons at the age of 11 and in high school, applied her considerable musical talents to learning the tenor saxophone. Nola played in her Yuma high school jazz and concert bands, and was chosen as the accompanist for her high school choir and several other choral groups.

Nola attended University of Arizona in Tucson where she earned a degree in Elementary Education, while minoring in music. After college, Nola embarked on a career in education, teaching kindergarten and first grade in Yuma and Casa Grande for 39 wonderful years!

While at the University of Arizona, Nola met her husband Jerry and they recently celebrated their 40th wedding anniversary. The have two children, Clayton, who works for the City of Phoenix and Jodie, a Nurse Practitioner, who lives in St. Louis, MO, with husband Jared – and Nola and Jerry’s two beloved grandsons.

Nola has a wealth of musical experience. She has played in and directed multiple church and school events, including being selected as the accompanist for an Arizona Western Community College graduation. Nola studied piano under Charles Phillips in Yuma and her favorite piano, although not an oft heard of brand, is Young Chang, a well-respected maker of a small and very exclusive collection of grand pianos. When not playing the piano, Nola’s hobbies include reading, quilting (newly excited beginner) and listening to gospel or classical music.

Nola is excited to return to accompanying a choir and is looking forward to being a part of the Village Voices.

Thank you to our Generous Sponsors!

We would like to acknowledge the ongoing support of our sponsors through the pandemic. Our sponsors' continued and generous donations are allowing us to plan for the future.

Each gift provides the needed resources for us to deliver the dynamic and entertaining concerts you have come to expect from the Village Voices.

We encourage you to support our sponsors!

They too need your invaluable support during the pandemic!

Our Valued and cherished sponsors

Due to the current COVID-19 mandates

A Sentimental Journey, Music of the 1940's

has been postponed indefinitely.

remain valid for the corresponding

Additional ticket sales are on hold until further notice.

All patrons have been advised of the show's postponement via email.

A subsequent email will be sent to all patrons as more

information becomes available. If you have any questions,

please send us an email at: wbvillagevoices@gmail.com.

Due to the current COVID-19 mandates

has been postponed indefinitely.

All previously purchased tickets will remain valid for the new dates when announced.

Additional ticket sales are on hold until further notice.

All patrons have been advised of the show's postponement via email.

A subsequent email will be sent to all patrons as more

information becomes available.  If you have any questions,

please email us at: wbvillagevoices@gmail.com. 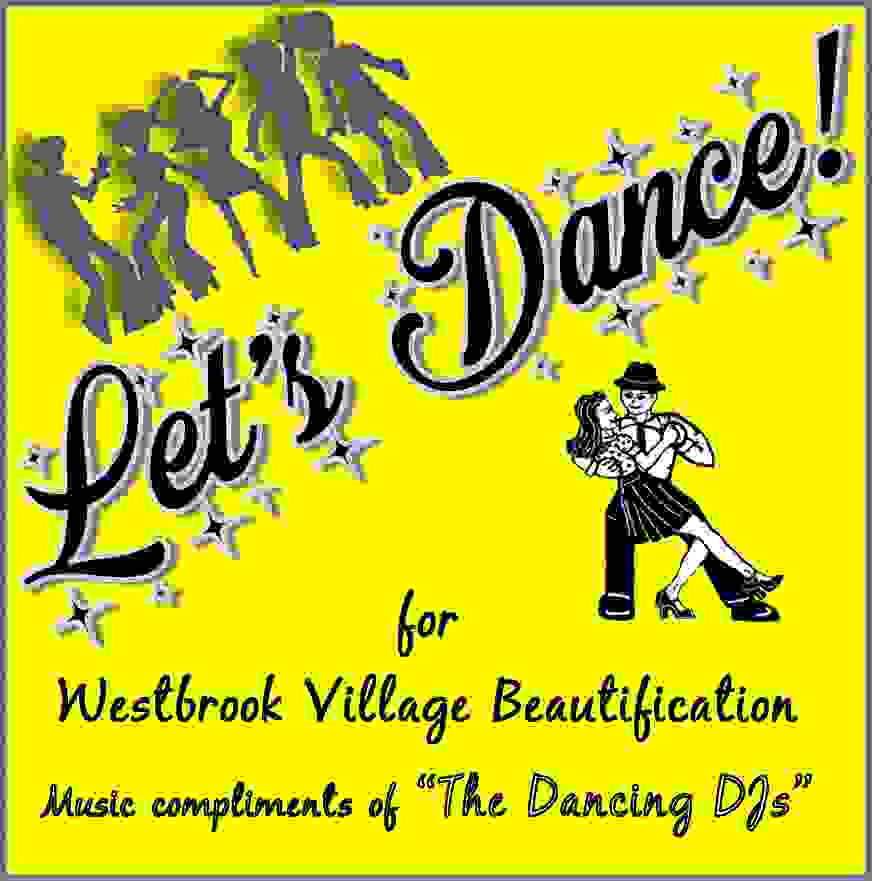 Postponed due to current COVID-19 mandates.

What's Happening with the Village Voices?

Village Voices Currently on Hiatus Due to COVID-19 Mandates

The ongoing corona virus pandemic has resulted in the postponement of all Westbrook Village Voices rehearsals and productions through May 31, 2021. Please visit our page again soon for more information.

We are looking forward to the time when we can all come together again to share the joy of music with our patrons. In the meantime, we are still welcoming new members. Whether you've sung in a choral group before or you are a budding singer, there's a place for you in the Village Voices. For more information, call Diane Kane at (623) 703-9595 or send an email to wbvillagevoices@gmail.com.

The Village Voices Want YOU!

Are you a seasoned singer or musician? Are you an aspiring singer who has always wanted to be part of a choir? If so, the Westbrook Village Voices has a place for you!  Improve your personal musicianship, enjoy outstanding support and build long-lasting friendships. Come and be part of the fun!

The Westbrook Village Voices Choir Program was formed in 1993 to give residents and community members, who enjoy singing, an opportunity to continue developing their musical talent.  Members enjoy fun and focused rehearsals each week during the season. In addition, exciting opportunities to perform are offered to Village Voices Choir members.

You Too Can Be Part of the Fun!

Ten Amazing Benefits of Singing with the Westbrook Village Voices

Singing is fundamental to health, happiness and having lots of fun! Here are ten benefits you can enjoy when you sing with the Village Voices choir.

Come improve your health and happiness with the incredibly fun activity of singing with the Westbrook Village Voices.

<> About the Board of Directors <>

The Cactus Club is the heart of the performing  arts community in Westbrook Village! The new season starts on June 1st, 2021.

Residents who love drama, music, and dance are supporting the Performing Arts Council of Westbrook Village by joining The Cactus Club.  Our generous donor contributions, at any of five available levels, ensure that quality performances continue right here in our own community.  This vital funding is also used for stage and technical improvements (lighting, sound, and other performance essentials) that allow us to bring you multiple, state-of the art productions each season.

Why wait? Become a member of The Cactus Club today and enjoy the many benefits available to all Cactus Club members.  The Westbrook Village Voices thanks you for your support of the Cactus Club and looks forward to seeing you at all of our shows each season.

Send an email to: CactusClubforPAC@gmail.com

The Village Voices in Action

See all the performances now and enjoy all the fun!

If you couldn't make it to our 2019 Spring Concert, you won't want to miss this!

See it all HERE!!

It's not too late to experience "Some Enchanted Evening".

See it all HERE!

Be a Village Voices Sponsor!

Sponsoring a Village Voices production creates a partnership with you and the Village Voices that promotes your business to concert attendees, Westbrook Village residents and many of the adjacent communities.

Your business ad is featured prominently in our concert program and appears in the sponsorship section of the Westbrook Village Voices web page below. Your sponsorship also allows the Village Voices to provide multiple high quality productions each year at very attractive ticket prices.